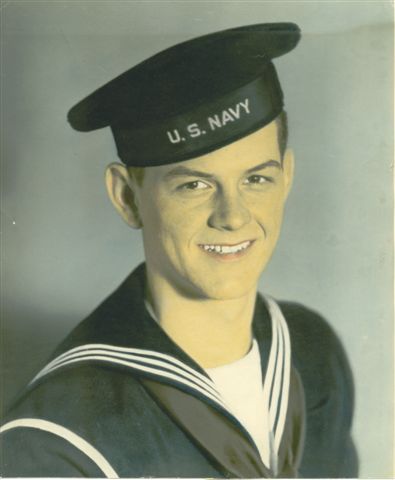 William R. Baker married my mother Arlene in 1982 and seldom spoke of his wartime experiences.  Yet one afternoon while visiting in Florida in 1994, June 6th to be exact, Bill and I were watching the movie classic, “The Longest Day” on the invasions 50th anniversary.  At that moment I learned more about Bill than I could have ever imagined.  As it turns out, Bill was one of the first who entered harms way on that “Day of Day’s”.  He was dropped into the English Channel the night before the invasion, just offshore from Omaha Beach!  Always being able to hold his breath for long periods of time, Bill was selected by the Navy for underwater demolition duty.  As a frogman his job on the morning of Operation Overlord was to clear as many underwater mines and obstacles as possible.  As the landings took place, Bill found himself watching what was happening on Omaha Beach from about 500 yards away, a front row seat to the century’s marquee event.  Sitting on a disabled mine, his legs in the water for nearly 10 hours he was finally picked up by a outbound boat.  Legs like jelly, he fell hard to the deck injuring both knees.  Although not too concerned at the time, this injury caused him to have quite a lot of trouble later in life.  After a brief respite, he then participated in the not so much talked about Invasion of Southern France codenamed Operation Dragoon.  After my visit to Florida in 1994, I always thanked Bill for his service by calling him on Veterans Day, D-Day, and Memorial Day.  Our relationship improved over the years due to the most part of my interest in World War Two.   Unbelievably so, during my visit to France in 2002, Bill passed away the very same day I visited Omaha Beach.  I learned of his death that evening from my good friend Juergen who remarkably is from Germany.  Seaman First Class Bill Baker Jr. took his last swim on September 14, 2002.  He is survived by his daughter Janice, first wife Elva, as well as my mother Arlene.  In 2009 he was joined in heaven by his son Gary. 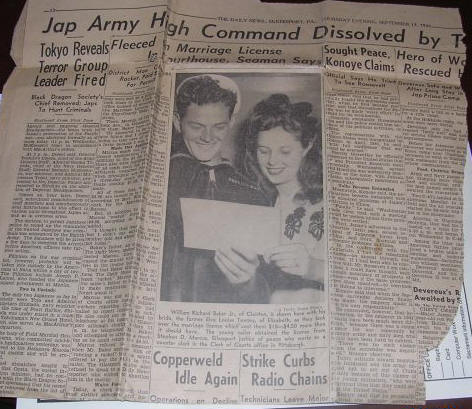 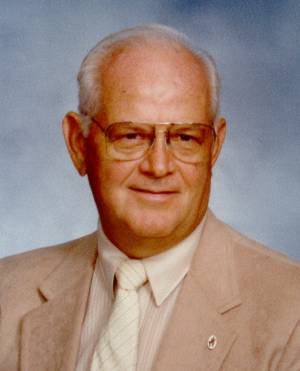