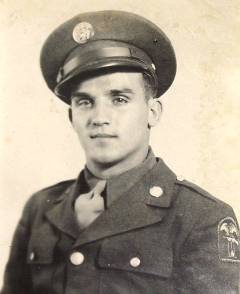 Like his brother John, Uncle Frankie was drafted in October of 1942.  Unfortunately he and I never had the chance to talk about the war before his death in 1994.  Despite that, Uncle John and Frank’s wife Libby, provided to me a treasure of information about their beloved brother and husband.  Frank was a Combat Medic with Company A of the 264th Medical Battalion attached to the 4th Special Engineers Brigade.  He fought on New Guinea, the Solomon Islands, and for the Liberation of the Philippines.  After the war he told my mother that the Japs were “sneaky, dirty fighters.”  She recently gave me a bracelet he made from the skin of a Japanese Zero sent to her from Uncle Frankie.  During his tour of duty, Uncle Frankie’s had his appendix removed by an imprisoned Japanese Doctor right up on the front lines.  While on patrol on Luzon’s Baguio Mountains, he found out that his brother’ John’s outfit was deployed on top of the mountain just outside a Gold mine that was being used by the Japanese as a field hospital.  Frankie secured a pass to find his brother, hitched a ride on a truck, and headed up the mountain.  As fortune would have it, Johnny’s unit had left just moments before Frankie arrived.  They had not seen each other since 1943 while on leave in West Newton.  It wasn’t until their discharge in January 1946 did they see each other again.  In life Uncle Frankie was a true Patriot preferring wearing no shoes other than a pair of paratrooper boots.    Frankie is survived by his wife of nearly 50 years, Libby, 2 children, numerous grandchildren and great grandchildren.

Taken verbatim from Frank's discharge papers spelled out as it was.  "Served as an aid war on line in combat on invasions in South Pacific.  Administered first aid, applied splints and bandages, gave blood plasma and hypodemic injections.  Also served as ward master, seeing that patients were cared for properly and assisting doctors by taking pulse, temperature, blood pressure, and making repaorts.  Worked in dispensaries."

Uncle Frankie was schooled at the Medical Technicians School at Camp Edwards Massachusetts after basic training with his brother John at Fort Meade Maryland.  Here he learned in 8 weeks the art of becoming a combat medic.  The "course in assisting doctors in medical treatment of patients and learned all first aid methods", prepared Frankie to serve up on the line in combat situations. 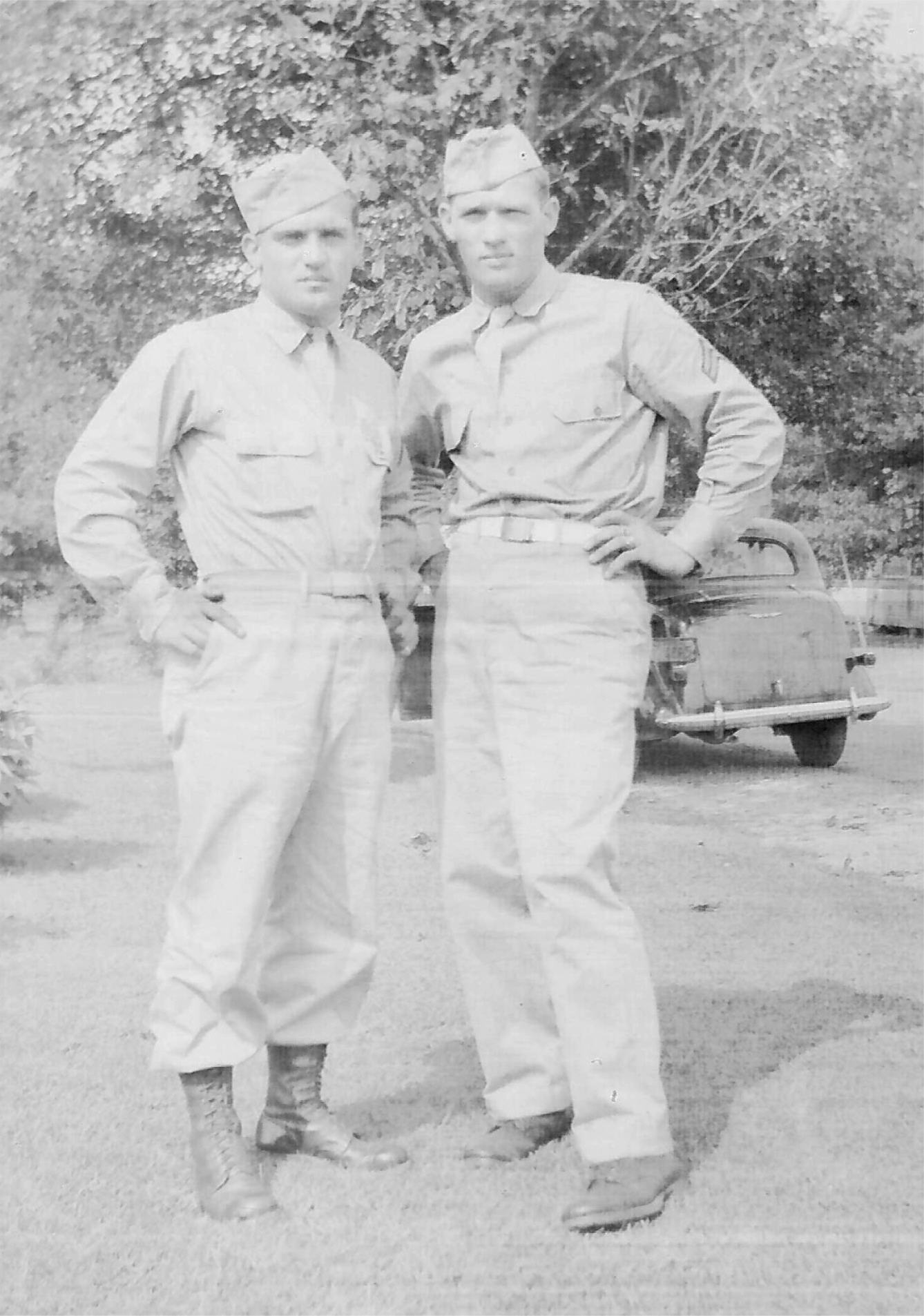 Johnnie and Frankie home on leave.  Newspaper article from my Grandmother's scrapbook.
The scrapbook was filled with stories of all the men who served and died from McKeesport and the surrounding areas. 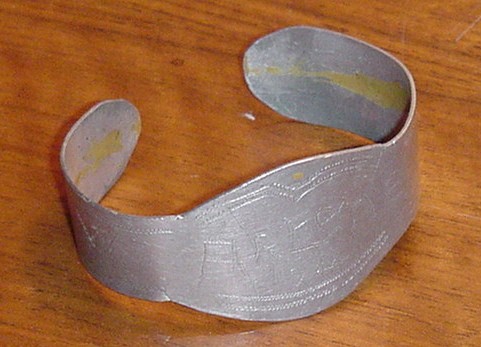 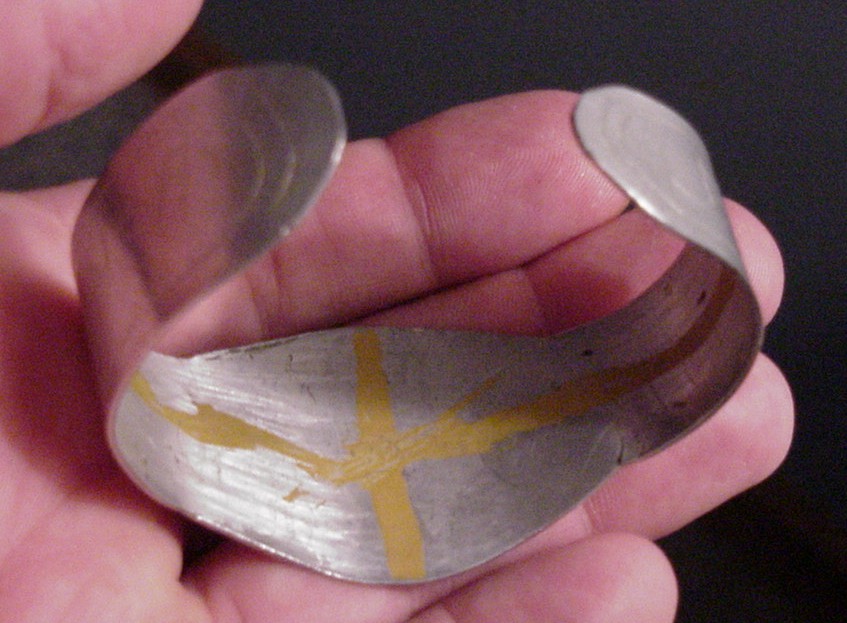 In his spare time, great uncle Frankie fashioned this bracelet for my mother Arlene.  He scribed into the face her name and the date of 1944.  Alongside, he stenciled in "New" and "Guinea" on opposite sides.  Uncle Frankie was very thoughtful about the skin of the Jap plane he used leaving the painted side of the airplane towards the inside rather than have it worn away from the outside.  The skin measures about 1/32" thick.  It must have taken him a long while to mark the heart shaped outline about her name.  Attention to detail must run in the family. 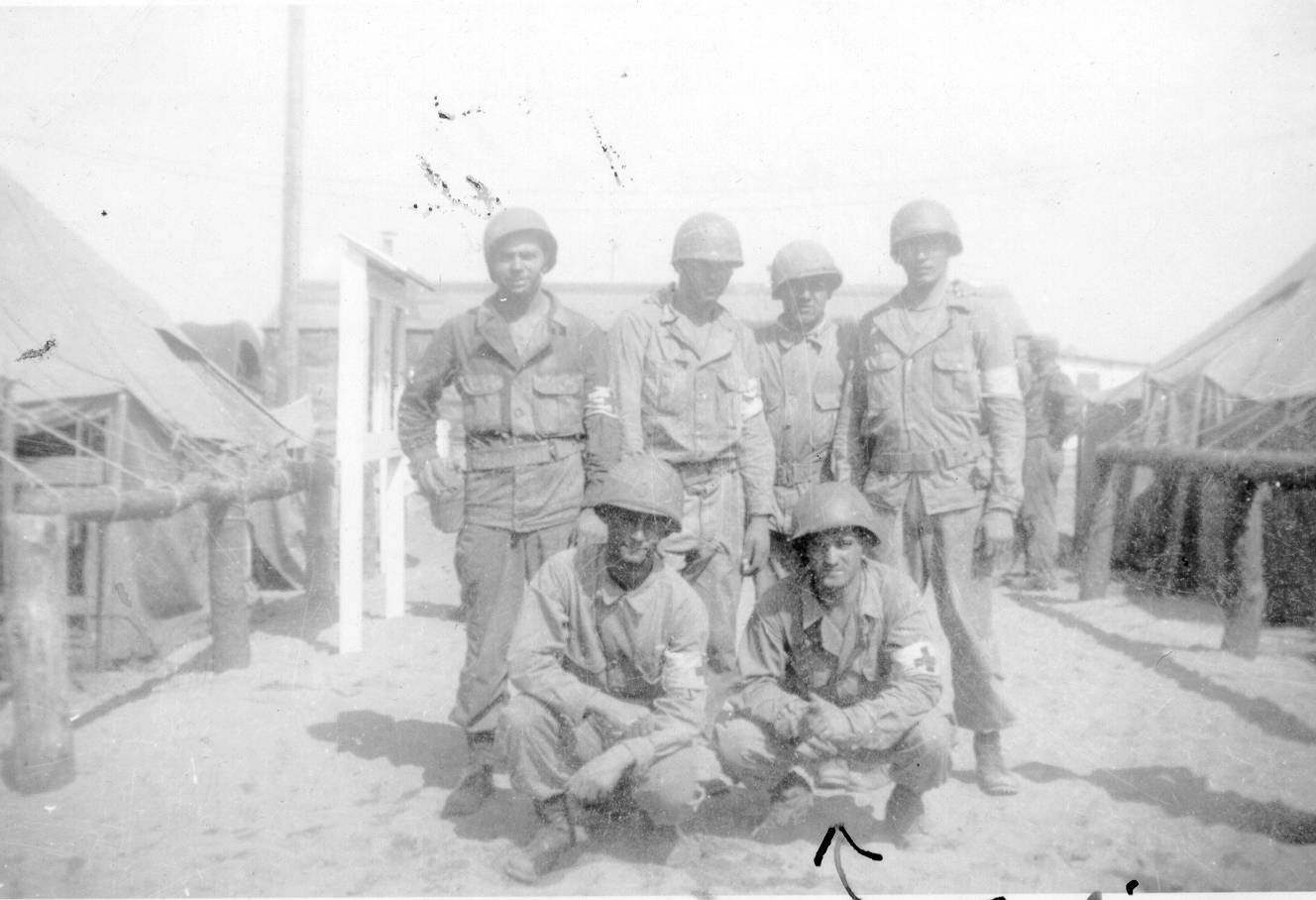 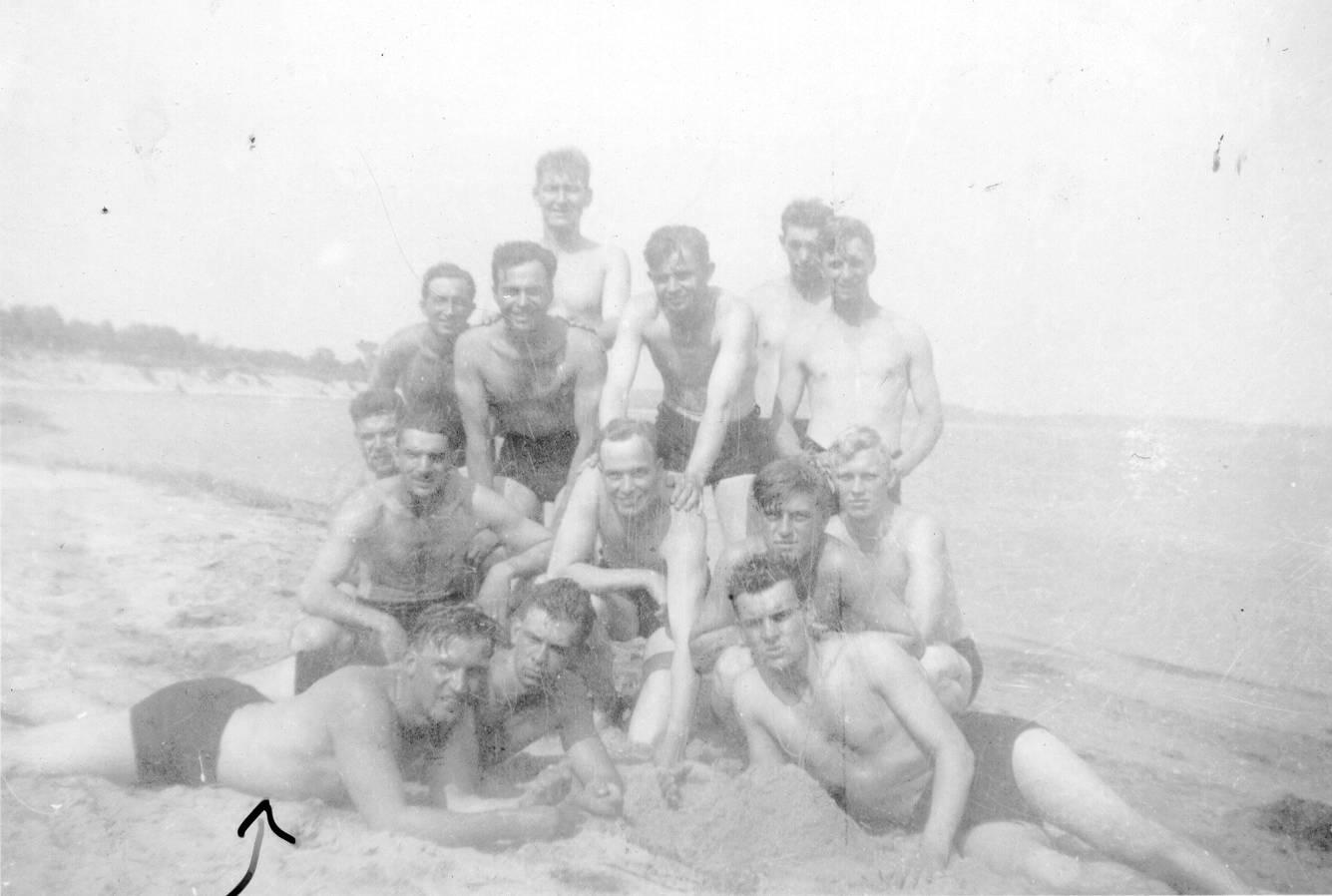 Frankie and the rest of the Company's medics on the Island of New Guinea 1944.   The original "Beach Boys". 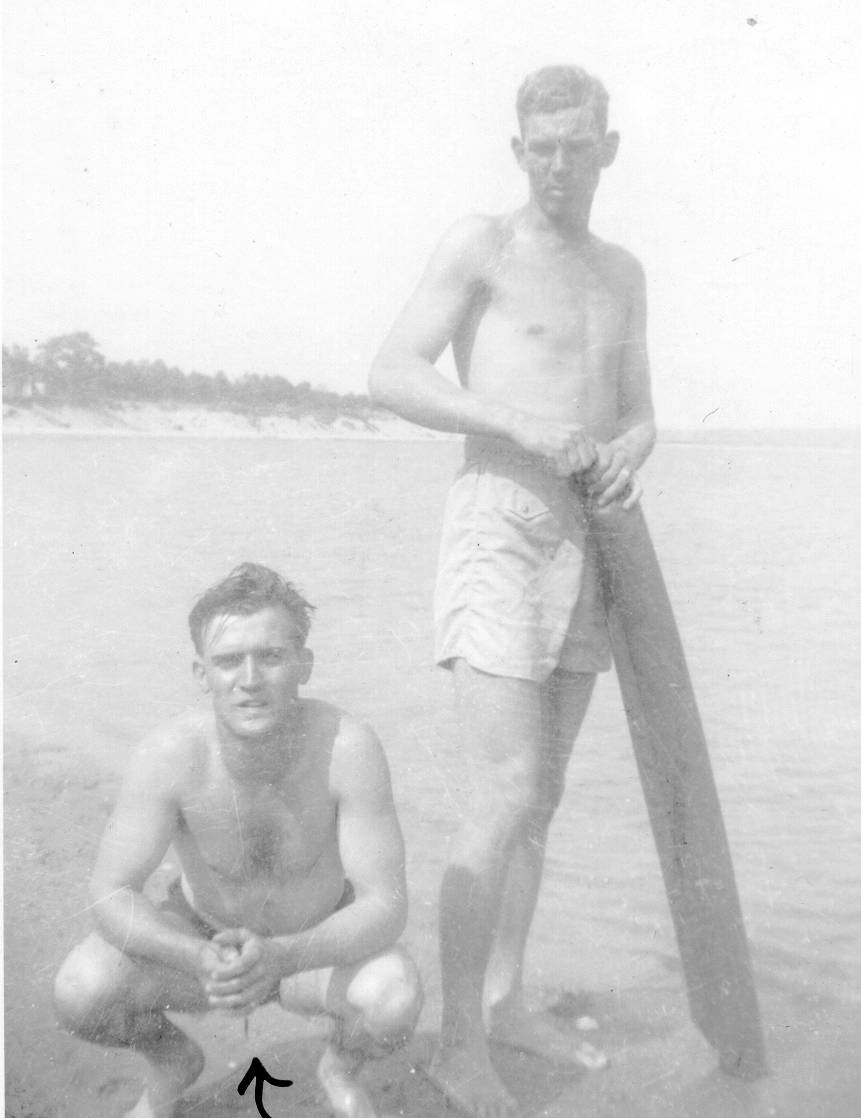 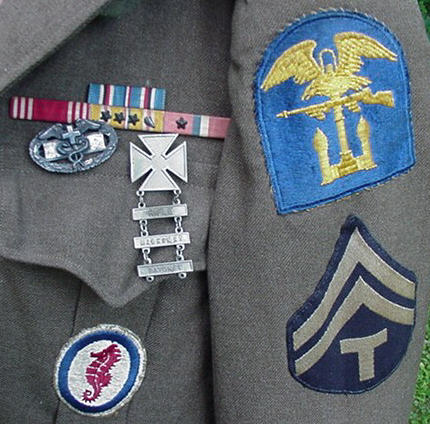 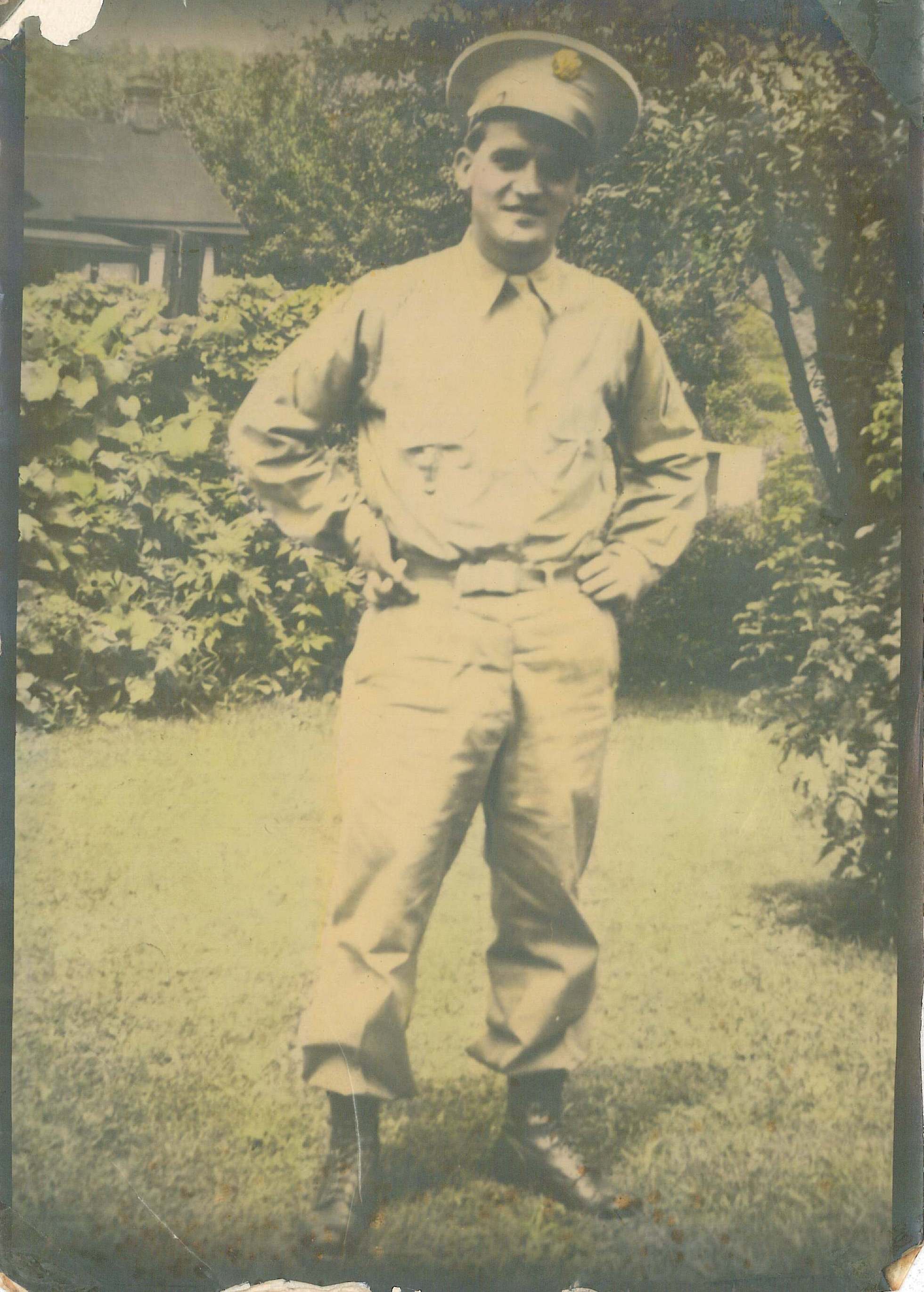 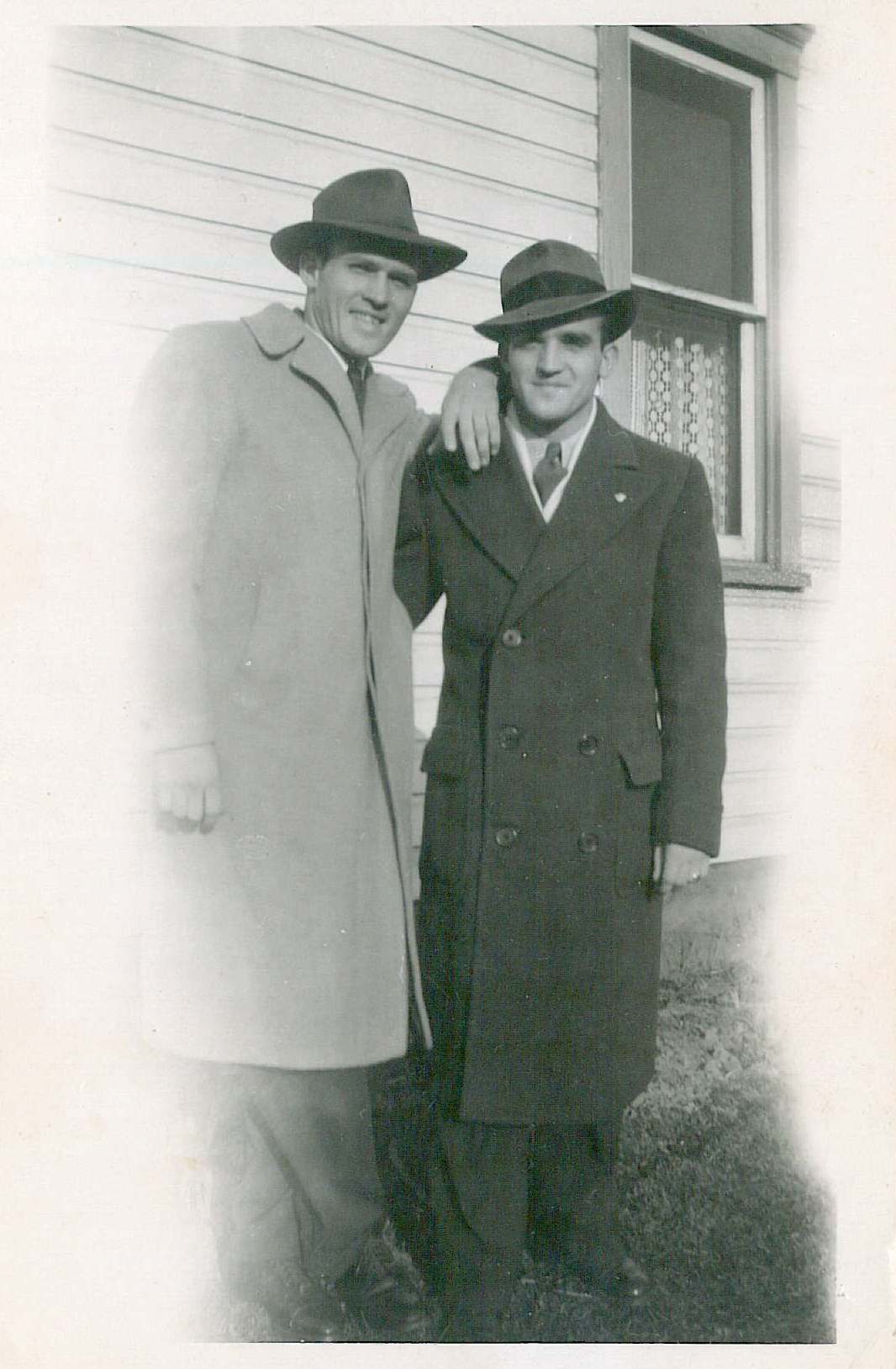 Frankie in 1943, and back home in 1946 with brother John.
The lapel pin on his jacket is of the ruptured duck. 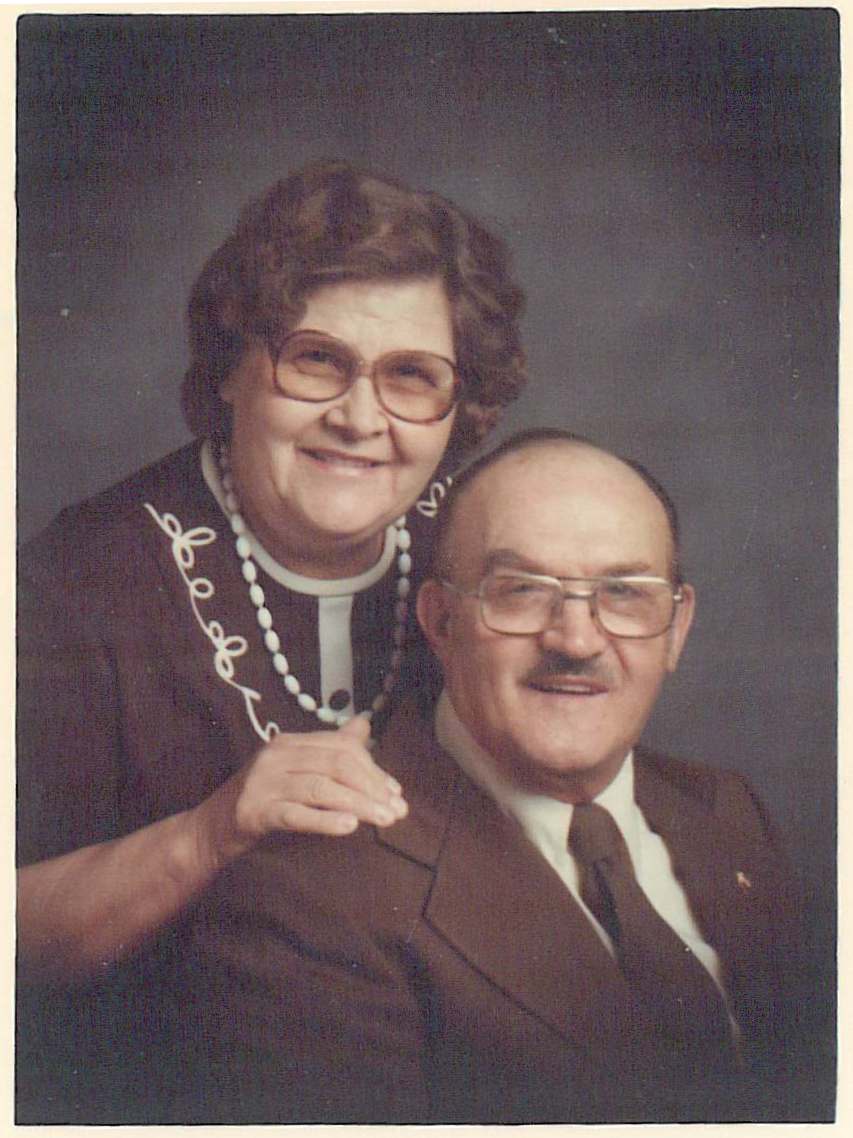 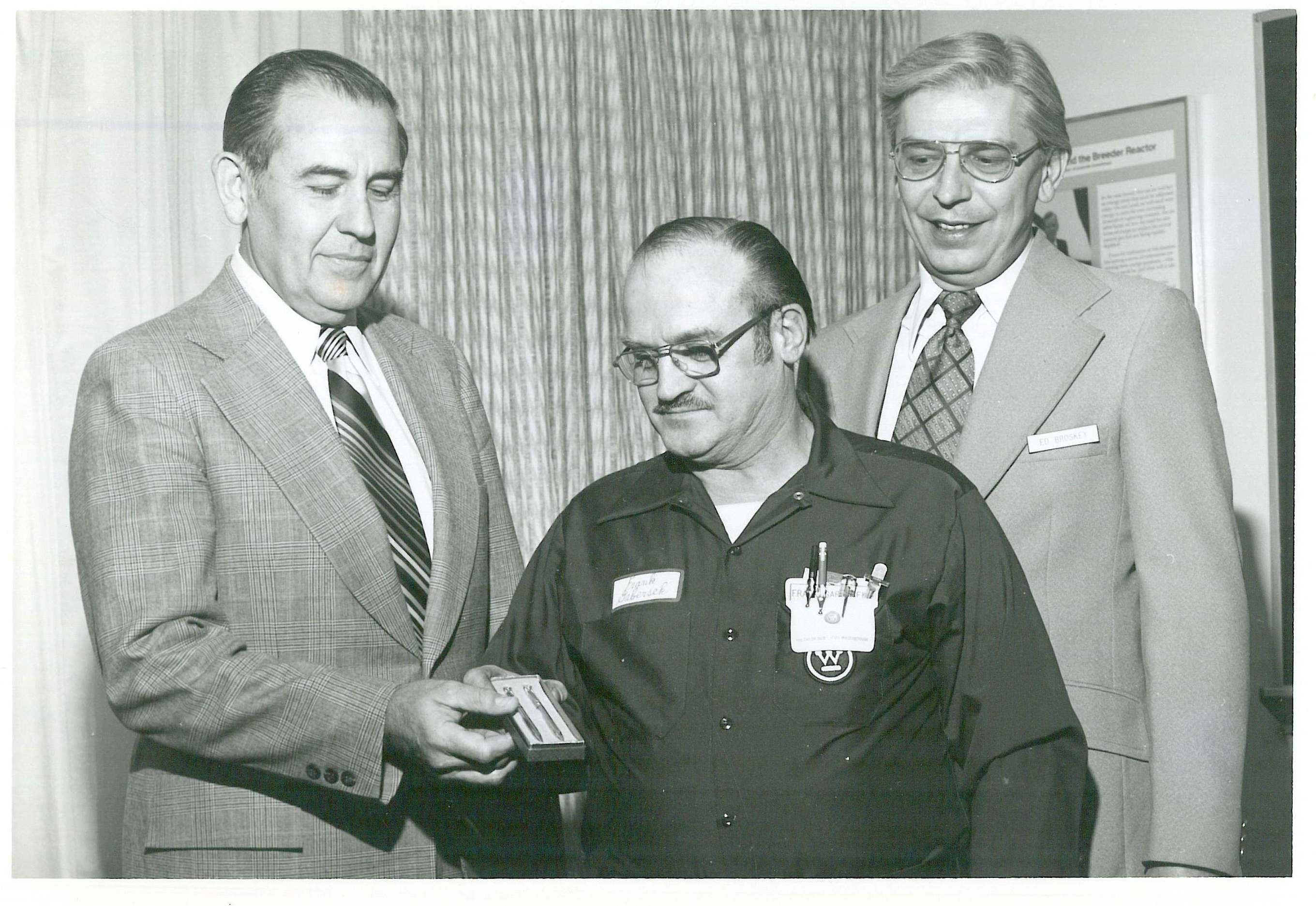 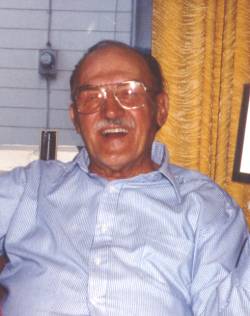 Rest in peace my dear uncle.